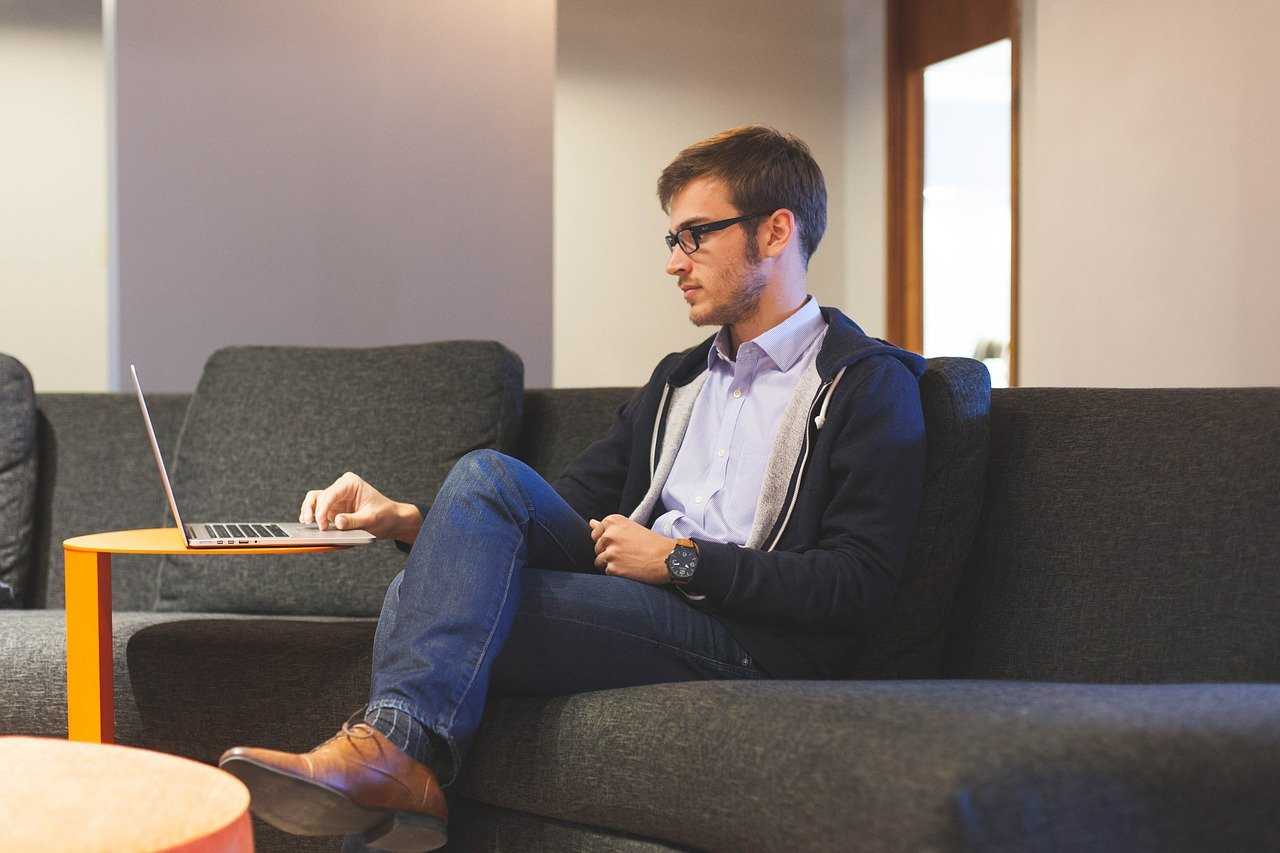 Make Yourself Independent Step By Step

At the moment that a person has a project and wants to carry it out, they can consider starting it through the figure of freelance. It is a decision that you will always make taking into account the pros and cons, but you must not lack enthusiasm and enthusiasm. The profile of the self-employed should not lack certain ideals such as “wanting to be your own boss”, “being a manager of your business, your life and your money”, “managing your time and schedules” and above all “having a dream”. Is it your case? In this article, we explain how to become autonomous step by step.

Who is a freelancer?

A self-employed worker in general lines, a natural person, over 18 years of age who regularly, personally, directly, on his own account and outside the scope of management and organization of another person, economic or professional activity for profit, whether or not you have employed workers under your charge. Regularity is not the same as periodicity. It is necessary that the activity, although periodic, constitutes a means of life, so it is considered included within the scope of this special regime when the activity is essential to meet the needs and not when it is a complementary activity or marginal.

There are several types of self-employed workers that we basically divide into 3:

All workers have to comply with the obligation to pay taxes on their income to the Treasury and contribute for their work activity against Social Security, well, the self-employed must be included in the scope of the RETA, which is the Special Regime of Self-Employed Workers, this being the specific social security contribution scheme.

The following are expressly declared included in the RETA according to article 305.2 of the General Law of Social Security:

Non-EU foreign workers, who meet the legally stipulated requirements, have the right to carry out a paid activity on their own account, which is why they are also included in this special regime.

As for professionals, self-employed workers, who must be enrolled in a professional association in order to carry out their professional activity, they may find themselves in any of the following situations:

Consequently, self-employed or self-employed workers who have opted or choose in the future to join the social welfare mutual fund that the professional association to which they belong and that acts is set up is excluded from the social protection provided by this special regime. as an alternative to RETA.

With regard to insurance intermediaries and their external collaborators, they are incorporated into the RETA. External collaborators are not expressly included, but their commercial relationship with agents is determined by their specific regulations, so the Statute of Self-Employed Work would be applicable to them, which would also determine their inclusion in the RETA.

Regarding the figures of Administrators/partners of capital companies, self-employed workers are expressly included in the RETA in the following two cases:

In both cases, it is required that they also have effective control, direct or indirect, of the company. It is understood that this circumstance occurs when the employee’s shares or participations account for at least half of the capital stock.

For the same purposes, it is presumed, unless proven otherwise, that the worker has effective control of the company for which he provides his services when the participation in the capital stock is:

Even if the above circumstances are not present, the Administration can demonstrate, by any means of proof, that the worker has effective control of the company.

The partners, whether administrators or not, of capital companies whose corporate purpose is not constituted by the exercise of business or professional activities, but by the mere administration of the equity of the partners, are not included in the Social Security system.

Religious of the Catholic Church, both under Pontifical Law and Diocesan Law, are compulsorily included in the RETA. In both cases, they are required to reside and normally carry out their activity in national territory, to be members of congregations of the Catholic Church registered in the Registry of Religious Entities of the Ministry of Justice and not to carry out a professional activity that gives rise to their inclusion in any of the regimes that make up the Social Security system. Those who are in the novitiate stage are included in the RETA but those who are in the stages prior to the novitiate (aspirants, postulants) are excluded from the RETA.

Self-employed or self-employed workers are excluded from this special scheme when due to their maritime-fishing activity they must be included in the Special Scheme of Social Security for Sea workers.

Membership and registration, initial or successive, are mandatory and produce effects in order to the listing and protective action, provided that the requirements and conditions determining their inclusion in the scope of this application concur in the person in question. The special regime and have been requested under the established terms:

The worker responds personally to the fulfillment of the membership, registration, cancellation and communication obligations, and subsidiarity to the fulfillment by his spouse and relatives who collaborate with him. Likewise, the collective partnerships, as well as the limited partnerships with respect to their collective partners and associated work cooperatives, are subsidiarily liable for compliance with said obligations, when appropriate, the inclusion of both in this special regime. The term for the fulfillment of the subsidiary obligations is 6 days from the following to the exhaustion of the term granted to the principal.

The registration, as well as the contribution, is unique, although the worker simultaneously develops several activities that lead to their inclusion in this regime.

A serious infringement is considered a non-application in time and form, by a self-employed worker, for membership and registration, when the omission causes non-payment of the corresponding contribution.

The deadlines for requesting registrations in this special regime is prior to the start of the activity up to 60 calendar days before the start of the activity. The registration document of these workers, in addition to the general data, must contain those referring to their economic activity or occupation, headquarters – if different from their domicile – and peculiarities in terms of listing and protective action.

The application for registration is submitted to the Provincial Directorate of the TGSS or Administration of the same where the establishment is located or, failing that, where it is domiciled. For these workers, the account code matches their Social Security number.

Late registrations take effect from the first day of the calendar month in which the requirements for inclusion in this special regime are met. In these cases, without prejudice to the applicable administrative sanctions, the contributions corresponding to periods prior to the formalization of the registration are required and they produce effects in order to the benefits once they have been entered with the legally applicable surcharges and interests, except that due to the application of the prescription, said fees were not enforceable and therefore valid for the purposes of benefits. The TGSS must give an account of the registrations requested after the deadline to the ITSS.

The affiliation and registration can be carried out ex officio by the TGSS when, as a result of the action of the ITSS, of the data available in the managing entities and common services of Social Security or by any other procedure, the breach of said obligations on the part of the self-employed worker, taking effect from the first day of the calendar month in which the concurrence of the requirements for inclusion in this special regime is proven in the same terms set forth for registration made after the deadline.

Registration with the RETA can be compatible with the receipt of unemployment benefits, as well as with the retirement pension.

The dismissal of workers in this special regime takes effect in order to the contribution and the protective action, provided that it has been requested in the official model and within the period generally established (3 calendar days from the cessation of activity):

When the aforementioned activity has ceased without the worker having requested the withdrawal or has requested it in a manner and term other than those established for that purpose or it has been practiced ex officio, the registration thus maintained has no effect whatsoever regarding the benefits, without prejudice to the obligation to contribute.

The TGSS must notify the ITSS of withdrawals requested or practiced after the deadline.

In the first place and although it is not mandatory, it is highly recommended to process the digital certificate, electronic DNI, or PIN code, since later it may be necessary for any online procedure.

In order to register as a self-employed person, two fundamental procedures must be taken into account, which can be done online, from CIRNE and with a digital certificate or electronic ID, or from the corresponding offices of each Public Administration.

It is recommended to first register with the Treasury and almost in parallel with the Social Security registration, taking into account that said registration must be carried out before the effective date of commencement of the activity indicated in the tax form 036.

Register with the Treasury, by registering in the Census of Employers, Professionals, and Retainers.

It is recommended to register in the AEAT Electronic Notifications Service.

It should not be forgotten that from the moment that an autonomous person is officially considered, a series of labor, tax, accounting obligations will arise, as well as to adapt to European data protection regulations in compliance with the Law on Protection of Data (LOPD), and implement said practices regarding data management and privacy.

The decision must be made carefully weighing both the advantages and the disadvantages of the legal figure of the self-employed, since although there are many advantages such as being a simple, fast, economical way to start a business, where the total control and management thereof, in turn, there are disadvantages such as, for example, that there is no difference between business and personal assets, having to respond with present and future assets to debts with third parties (unlimited liability), as well as that if the benefits are very high, the taxation is more burdensome than with a partnership.

Another aspect to take into consideration would be that although it is true that being your own boss you enjoy a more flexible work schedule, this often turns into more hours of work and it is more difficult to reconcile work life with personal life.

I think it is highly recommended to go to a professional when starting a business since this can better guide you in the direction that may interest you the most and is most beneficial for the self-employed future.