“Yes, time is now a luxury item. It takes many useless resources to save them. Father, mother, child are digitally networked.

Unfortunately, there is little point in writing a good article if nobody reads it. For this reason, it is important to know at what times users are active and active in the digital world – in the form of likes, comments, and commitment.
For example, it is not necessarily advantageous to publish a post at half-past three at night. Although it would still reach some of the fans, the post would slide further and further down the Facebook timeline in the course of the morning due to subsequent news. All data are a mean value from our own analysis and from contributions from Hubspot and Blog2Social.

All relevant data can be found in the following infographic. 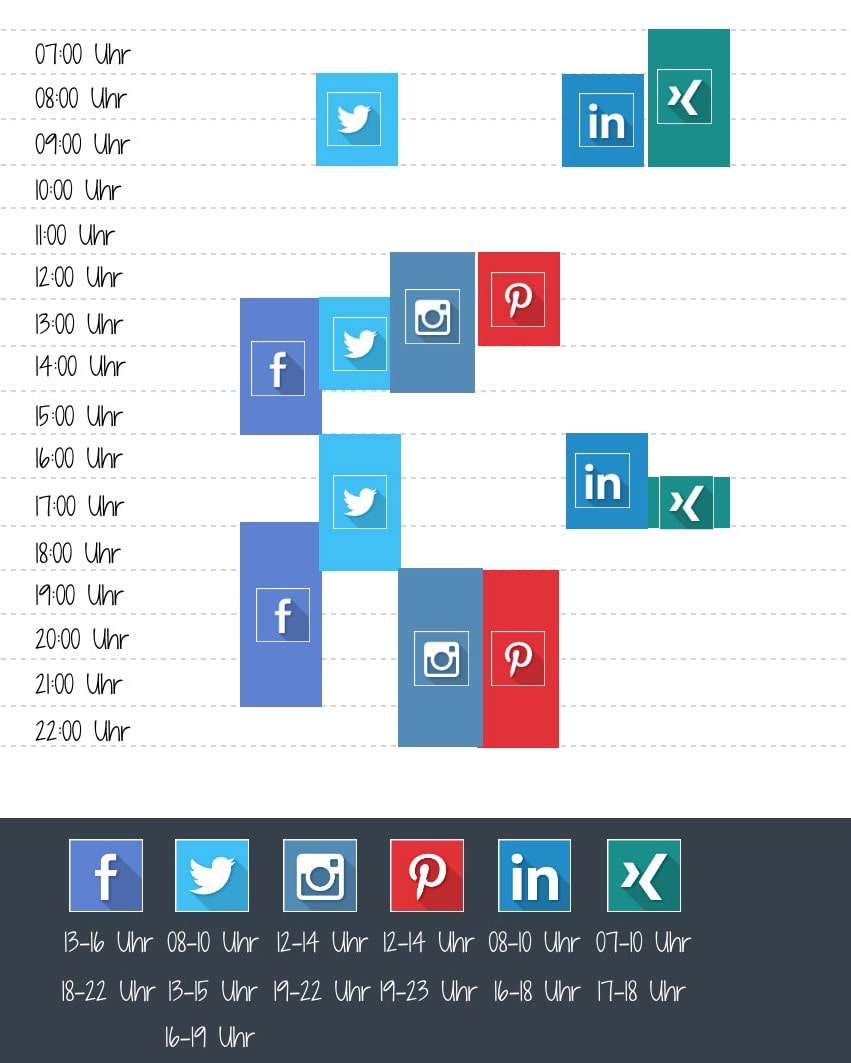 Of course, the ideal posting period remains individual, because people are not preprogrammed machines that can always be found in social networks at the same time. This overview is only used for assessment and is intended to support you in developing your social media strategy. We would be bad advisors if we did not point out possible differences and industry specifics.

What is the best way to reach my Facebook fans?

A whopping 86% of all posts made on Facebook are actually shared within the week. Thursday and Friday stand out in particular, as the engagement rate here is 3.5% higher than on the other days of the week.

By the way, the best time to publish a post is in the afternoon: Most shares receive posts at 1 p.m., most likes receive posts at 3 p.m.
As already mentioned, these values ​​serve as an initial classification. The effect of the contributions also depends heavily on the industry and your own target group. So the only thing that helps is testing and “trying makes a difference”!

When should I type 140 characters?

On Twitter, there is a strong distinction between B2B and B2C. In the business sector, the days of the week Monday to Friday are very suitable – up to 14% higher interactions can be expected here than on the weekend days.
In the B2C area, Wednesdays and the weekend are clearly suitable for high click rates. At the weekend, the engagement value can increase by 17%.
If you want to concentrate on retweets you should send your tweets around 3 pm; however, the highest click-through rate is at lunchtime and after work.

The picture platforms have their special posting times.

On Pinterest it is said that the posts on the weekend – better said on Saturdays between 8 p.m. and 11 p.m. – are noticed best and most. So speaks for a network that is often used as a weekend companion. On Instagram it looks a little different: Here you can generally stick to the rule of thumb “between 12 noon to 2 pm and 7 to 10 pm”. This is because the “Instagrammers” are most on the go around these times. For this, you should orientate yourself on Wednesday and Friday as far as optimal weekdays for postings are concerned.

The best days of the week for social media 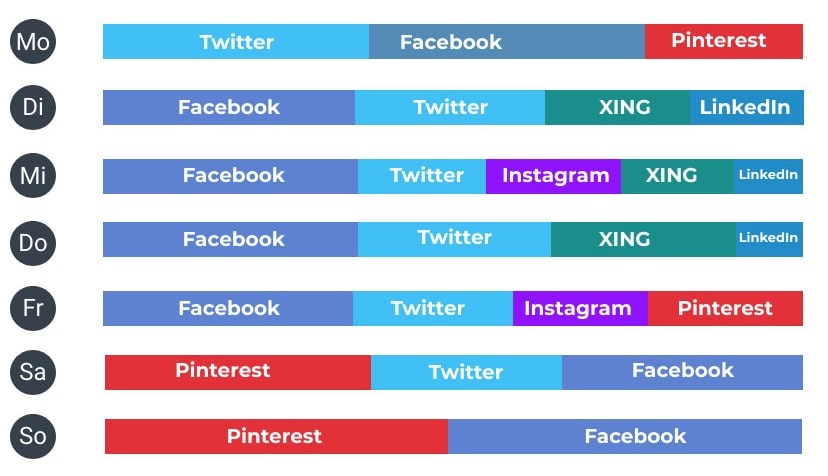 There is no specific day!

A current study by Statista shows that 2/3 of Germans do not have a fixed day on which they spend a lot of time on Facebook, Instagram, and Co. ( source ). What needs to be considered, however, is that just because users do not actively commit to a day of their own accord, it cannot be ruled out that there are days on which users are more or less on the go.

Night owls on the march

The Statista study also shows that users in Germany are clearly night owls. From 6:00 p.m. to 12:00 a.m. most people are on social networks ( source ). But even here we warn against simply relying on the values. It is always better to know your target group based on your own data and to find out which times are actually best accepted. So you can be 100% sure – because not every industry is the same!

How can I evaluate all of this?

If you do not want to commission external consultants or service providers to do this, you can create the so-called social media monitoring yourself with simple on-board tools. Each of the networks listed provides extensive analysis and monitoring functions. Write (for example in an Excel spreadsheet each post with date and time and in separate columns, the corresponding KPI Key Performance INDICATORS: financial ratios) that you consider as part of your online marketing strategy for valuable. On the basis of this list you can see – provided there is sufficient data – also for your business whether your strategy is going in the right direction:

Related: Who Might Replace Pep Guardiola At Man City?