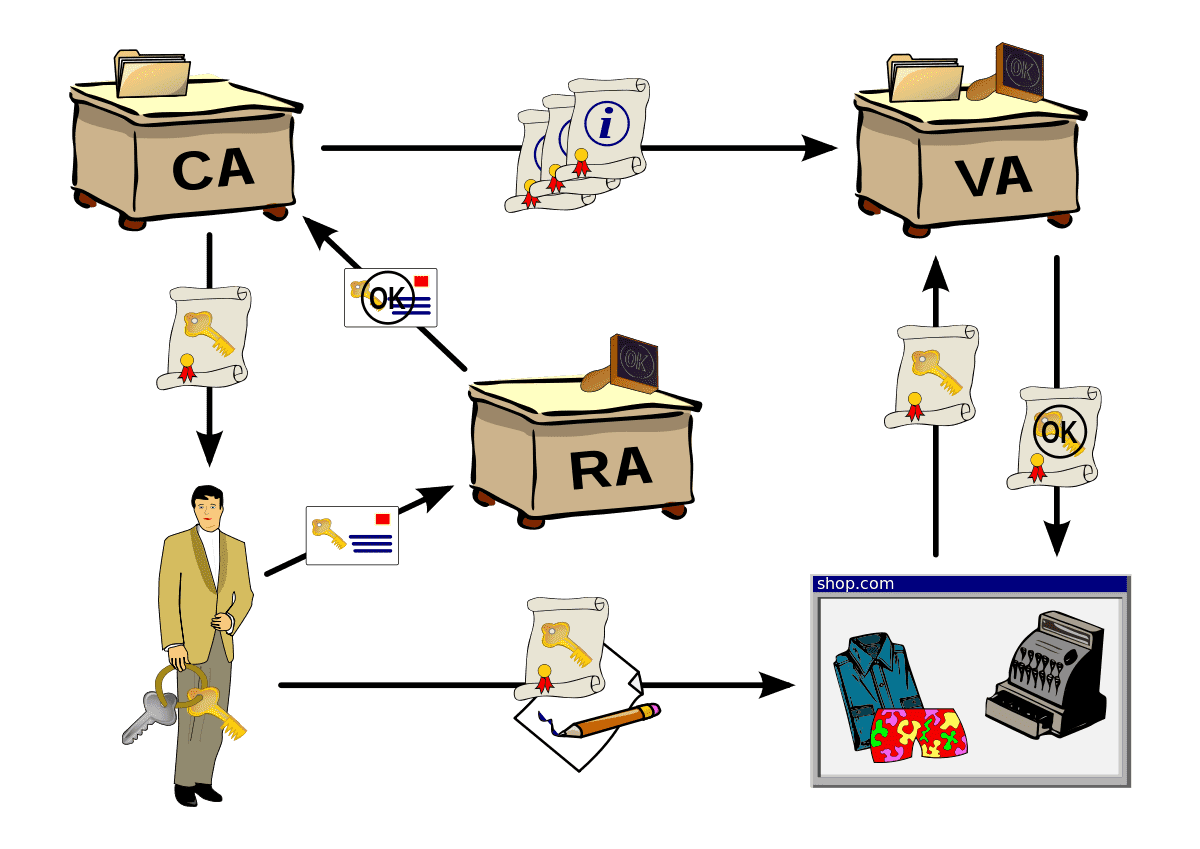 There has been a growing awareness about issues relating to cybersecurity for businesses. As the world’s business ecosystems move towards digitization and tech adoption, the chances of data breaches, hacks and other threats has comparatively increased.

In the last few years, businesses of all sizes, including some of the biggest have come under attack from cybercriminals. Governments, public projects and defense agencies have not been spared either. Planting malware, making extortion threats and payments in Bitcoin are some of the demands that cybercriminals typically raise.

In this regard, new technologies, both in the realm of hardware and software have come about to help strengthen the guard against attacks. Public Key Infrastructure or PKI is one such medium that has become a hot favourite.

In this article, we are going to discuss what is pki. We are also going to look at the give essential parts of PKI that you should be aware of.

The first time PKI solutions emerged was way back in the 1990s. It has since been used by governments, international financial institutions, and businesses to protect themselves from sensitive cybersecurity threats that have become a clear and present danger of our times.

One of the most common examples of PKI is your humble SSL Certificate. Having this digital certificate makes visitors aware of the fact that the flow of information and data to and from a specific website is completely encrypted.

The first and probably the most elementary element of PKI is a set of Public Keys. This public key can be distributed to anyone (the general public). Importantly, this public key does not need secure storage. Unless you have a private key to encrypt this, it cannot be used on its own. In other words, a public key needs to be used in conjunction with a private key.

The major function of a private key is to basically decrypt the message that had first been encrypted using the public key. We have already mentioned in point one how a public key works. The main purpose of having both the keys is to ensure that only entities that have both the keys have access to the sensitive piece of information and no one else.

The Root CA is often embedded in something called a Trust Store. It houses the CA of some of the most credible names and publishers in the world including Apple, Microsoft, and others. The Trust Store validates every CA that interacts with the system and maintains a data file for cross-sharing the same. This improves the overall trust factor within digital systems.

This process relates to the entire lifecycle management of a Digital Certificate. From the time it is created to its revocation, everything is recorded and stored for future use. It covers enrolment, issuance, validation, revocation, and renewal. This helps in understanding the entire lifecycle of the Digital Certificate and understand how genuine or authentic it is.

There is no doubt that there is a growing awareness around issues of cybersecurity. With 2020 recording more than 4X times the number of cyberattacks than 2019, you can imagine how security solutions like PKI are becoming very popular. If you have any more questions on PKI as a service, let us know in the comments below. We will be happy to address each and every one of your concerns.