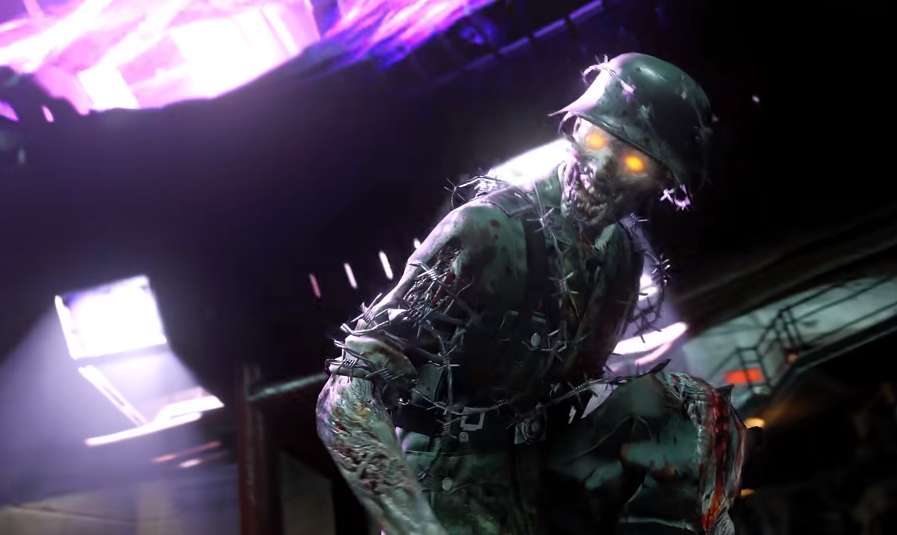 Cold War: Zombies is one of the most addicting games of today. The fact that it’s a shooting game helps improve our focus and tactical strategies, while the zombie element makes it more exciting.

Because of this increased difficulty, the game can be quite frustrating if you’re a beginner. If you’ve only just started playing Cod: Zombies, then you came to the right place.

In this article, we will teach you 10 secret Cold War Zombies tips & tricks that will help you win the game. We’ve added a variety of tips, ranging from weapon upgrades to Cold War ESP, so you know that each will be a valuable asset to your victory.

If you notice that you’re being chased by a mob of zombies, it can be scary and exciting at the same time. While it’s tempting to shoot them at the first instance, luring them into a straight line makes them easier to shoot while also keeping you at a safe distance.

To do this, you have to look for a space that’s big with enough obstructions to force zombies to run in one line as they chase after you. Once you find that spot, sprint and start running in big circles until all zombies form a single file.

In the beginning, it may already be tempting to shoot at the zombies, but we advise against doing that. Remember that zombies respawn, and if you kill one or two before you complete the zombie line, that puts you in danger of the respawning zombies. And that can put all your efforts down the drain.

As a result, you can run away from or escape Zombies without taking the long route. This also allows you to reach the top of the room within seconds, and this comes in handy if you have to go to special spots throughout the game.

At one point during the Coffin Easter Egg, you will come across a weapon box that will provide you with a free weapon once you open it.

You can easily identify the box because it has a small screen with a smiley face by its side. The background on the TV changes color over time, and that tells us what tier weapon you’re going to get.

Each color represents a specific tier. While we don’t know all the corresponding colors for each tier, we do know that when the box turns orange, you’ll surely get a tier 5 weapon.

By itself, the Wonder Weapon is one of the most useful ammo you can get in the game. But did you know that there’s a way to upgrade it for maximum impact?

Simply look for a canister and take it to the weapons lab with dog gas. You can lure one dog to the room and kill it to release the gas. Keep it in the canister, and your Wonder Weapon will be upgraded.

5. Make the Most of Pack-a-Punch

The Pack-a-Punch machine is one of our favorite features of CoD Cold War Zombies. Simply collect the machine parts before going to the machine, and you’ll end up with an upgraded weapon.

But before going to the Pack-a-Punch machine, make sure that you have enough points in exchange for the upgrade. Otherwise, it will be a waste of effort.

Admittedly, boss zombies are the hardest to kill. Because of that, you may have to spend a lot of time and ammo just to get rid of them.

Fortunately, firing it with a nuke will instantly put its health in half. This makes the boss easier to kill. So before you face the boss, pick up a nuke and save it for aiming at him.

Healing Aura is another feature we love about CoD Zombies. By itself, it can heal you instantly, and that allows you to stay on the game for a long time.

But did you know that at Tier 3, Healing Aura can also heal your teammates regardless of where they are on the map? That’s a tip that always comes in handy.

Stamin-Up is one of the Perks that you should take note of. When activated, it allows you to sprint by up to 25 percent faster. This comes in handy in case you need a quick escape.

And finally, the Deadshot Daiquiri is a Perk that doubles the damage made to your target. However, for it to work properly, you have to make sure that it’s a headshot. So to maximize this perk, make sure you hit the target precisely in the head.

Call of duty black ops cold war is an amazing game with a massive number of players because of it’s gameplay and intensity.

With the listed 10 tips, you’ll notice a sharp increase in your skills when playing the game which will set you apart from competitors.

However, these tips will take lots of practice to master and may not immediately make you a pro. If you’re looking for a faster way to win games even as an amateur, you can make use of hacks and cheats from BattleLog.